Social Media: Is It a Gift from Angel or Devil? 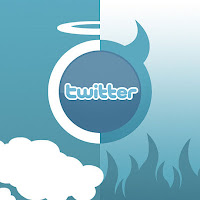 To me, they all make sound arguments. I see social media as a “neutral” tool. If people do not understand social media or fail to use it in an appropriate way, it could be very harmful. At the same time, social media can certainly become very useful, depending on how we use it.

The following news videos, for example, provide some great examples of how social media can make positive impact. As featured in the first, CBS news video, NextDoor is a new entrepreneurship venture that keeps people connected with their neighbors. On NextDoor.com, people can seek support from neighbors and remain informed of what is happening in the neighborhood without knocking on people’s doors. According to the second, MSNBC news video, police departments are relying more on social media, especially YouTube in solving crimes.

The CBS News video about Nextdoor:


Visit msnbc.com for breaking news, world news, and news about the economy
References: The picture was downloaded from TightMixBlog.com.