Forget about the Millennials, Get ready for the Gen Z

By Linchi Kwok September 07, 2018
It was like yesterday when we just discussed the expectations of Millennials and what can be done in responding to their needs. Today’s update is about Gen Z, also known as “post-Millennials” or “iGen,” the generation that will soon surpass the Millennials in 2019.

Who are the Gen Zers?

·      They are very influential. Over 70 percent have the power to influence their family spending.
·      Many Gen Zers are eligible to vote and enter university soon.
·      Due to the impacts from the Great Recession (when they grew up), they are not as optimistic about economic opportunities and student debts.
·      Compared to the Millennials, they are less likely to take risks.
·      They are also less likely to have sex or drink.
·      They prioritize wealth and material goods, things representing extrinsic values over intrinsic values, such as relationships and community feeling.
·      They “naturally” want to create their own solutions when facing an issue but the Millennials look to others for answers, including the companies they do business with.

What business is at risk because of Gen Z? 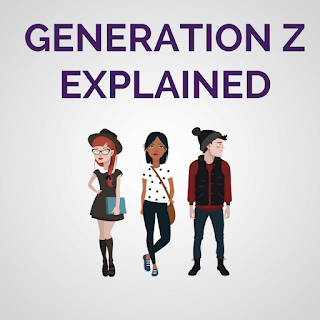 According to a prediction by Bloomberg, the list includes:

·      Shopping malls: Not only Gen Zers have never lived in a non-digital life, 93 percent prefer to shop without the help of a salesperson. On top of that, clothing expenses in the U.S. household spending dropped from 6.2 percent in 1977 to today’s 3.1 percent.
·      Print magazines: while more people across generations are getting used to reading news and finding information online, teens who grew up in the digital age rely even less on printed materials.
·      Football: Participation in high school football dropped about 3.5 percent from the 2011-12 to the 2016-17 season. Besides new legislation to bar tackle program before high school, close to 150 boy’s high school tackle-football programs has stopped running in the last five years.
·      Cash: American teens only use cash for six percent of their transactions. Payment apps, such as Google Pay and Apple Wallet, are experiencing continuous growth.

What opportunities are there for hotels and restaurant retails?

·      Gen Zers are more likely to accept automatic service or services provided by machines as they tend to find solutions on their own and rely less on a salesperson.
·      Since they are more likely to use mobile devices as a means of payments and for delivery service, innovative entrepreneurs may be able to cut labor costs with high-tech devices or by forming new partnerships with services like Uber Eats.
·      The renovation circles for restaurants or hotels may need to be shortened, but changes provide opportunities for businesses to embrace the new trends, with new designs to better utilize the space.
·      It could be cheaper to communicate the marketing messages with target customers using digital marketing instead of through printed materials.

Are you ready for Gen Zers? What business opportunities do you see when Gen Zers are taking over the Millennials?

Note: This discussion is also published on MultiBriefs.com. The picture was downloaded from Kellyalovell.com.