By Linchi Kwok November 25, 2012
I recently read two discussions about company policies on employees’ grooming standards and social media. I believe they both deserve our attention, especially if we are working in the service sector.

The first one is about a company’s guidelines on employee dress codes and grooming standards. Today, there are more people wearing tattoos and piercings than before. It is found that 32% of those between 25 and 29 wear at least one tattoo. Does this mean more companies will allow employees to uncover their tattoos and piercings at work?

I doubt it. Based on my own research on hospitality recruiters’ expectations of job candidates and my work experience in the industry, I believe the service industry is still very conservative in dress codes and very strict on employees’ grooming standards. The question is: What policy is deemed appropriate in the work place?

According to a recent report in the HR Magazine, strict work place dress codes may raise legal issues, especially when a tattoo or piercing “reflects a genuine religious belief.” In that case, “the employer must accommodate that belief unless doing so would impose an undue hardship on the business.” 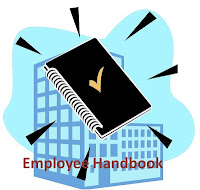 The second discussion is a case about Facebook and legal issues. According to the Ogletree Deakins News, a salesman got fired by a car dealership because (a) he posted comments criticizing the way that the dealership had handled a marketing event with photos on Facebook and (b) he made critical comments about an accident that occurred during the marketing event by another dealership, which is run by the same company of his and located right next door. He then filed unfair labor practice charge against the dealership, “alleging both that he had been discharged because he engaged in protected concerted activities in violation of Section 8(a)(1) of the Act and that the company maintained several unlawful rules in its employee handbook.” So, what are the results?

The administrative law judge (ALJ) concluded that the salesman was discharged because of what he posted about the accident caused by the dealership next door, “and because that posting was not protected activity, the termination was not unlawful.” The ALJ, however, “considered the allegations that the employee handbook contained several policies that violated the ACT.” Three out of the four challenged “courtesy” policies on the dealership’s employee handbook are found unlawful and need modifications. One example of the unlawful policy reads:

Courtesy: Courtesy is the responsibility of every employee. Everyone is expected to be courteous, polite and friendly to our customers, vendors and suppliers, as well as to their fellow employees. No one should be disrespectful or use profanity or any other languages which injures the image or reputation of the Dealership.

On review, the National Labor Review Board (NLRB) agreed that the “courtesy rule” violated Section 8(a)(1) Act because “employees would reasonably construe its broad prohibition against ‘disrespectful’ conduct and ‘language which injures the image or reputation of the Dealership’ as encompassing Section 7 activity, such as employees’ protected statement.” NLRB further explained that an employee’s “polite expression of disagreement could be deemed ‘disrespectful’ to the company’s reputation” under the courtesy policy. In the end, the company was ordered to “rescind the three rules and furnish all employees with the language of lawful rules or a revised employee handbook containing the new rules.”

I do not have any JD education, but it seems to me that many companies striving to provide professional and exceptional customer service (in a more “conservative” way at least) would set strict guidelines on employees’ grooming standards, their usage of social networking sites, as well as courtesy. It becomes obvious that we need to be very careful in writing an employee handbook. It is probably a very good idea to seek legal advice regarding the appropriate content and languages used in the handbook. HR professionals must be fair to everyone and apply the same policy to every employee.

What practical implications do you see from these two cases? Are they worthy of our attention?

Relevant discussions:
What Is Your Company’s Dress Code for the Summer?
Dress to Impress: “Old-Fashioned” Business Attire Still Works
Professional Dress in the Workplace
Average/Below-Average Looking People Can Earn as Much as the Attractive Ones
Is It OK for Hotel Staff to Wear Piercings and Tattoos?
Do Tattoos Go Alone with Professionalism?
Social Media Policy