When is the ever so common “The customer is always right” phrase gone too far? (by Juliana Kanelos)

By Linchi Kwok June 02, 2016
Ever been a customer somewhere and have a complaint? Probably so, and in that event you probably thought to yourself that you had every right to complain and after all, the customer is always right, right? Well, there will be times when issues will arise in the sales business when it comes to a company and its customers. These moments are called critical incidents. These incidents are basically when an employee is having an interaction with a customer or client and it can be both positive and or negative. It is “a moment of truth” (Reid & Bojanic, 2010). These incidents, when negative incidents that occur, usually stem off of a system failure. Meaning something in the procedures that a company has outlined did not go as planned. I personally have been in this situation as a sales representative in the hospitality industry. 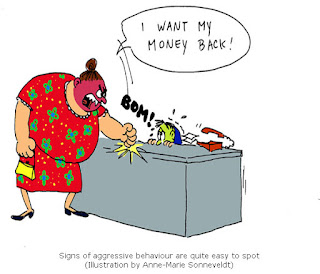 Working in a hotel as a guest services representative, I encounter many different issues and people on a daily basis. On one occasion, I had a guest who was charged a total of $155.41 for his stay. He had complained to me about our prices and I had given him every possible discount I could give while letting him know that was the lowest possible that I personally could offer. He was not satisfied and handed me $150. I politely said I could not take that as that was not the cost of the accommodations. I let him know I would call on the manager so he could speak with him and they could possibly come to some arrangements. He proceeded to name calling me because I did not take the $150. As an employee, what was I to do when I had done nothing wrong? Let myself be insulted and called every bit of worthless in every way? The customer is always right but in this case he was not, or was he?

The manager at the time came to the scene and handled the situation by allowing him to stay the night but he had to pay the proper amount. The guest would only be allowed to stay for that night. Here is where we run into the situation of, did I the employee, as a representative of the company actually respond to the customer needs? "Customer needs failures" is what occurred in my situation. I tried my best to give the customer as low a discount as I could but he was not satisfied. So then this type of failure did occur on this incident but not by lack of trying on my --- the employee's part. When this incident occurs, companies tried their best to recover from the case. My manager spoke with the customer after he had calmed down and let him know that there was just no way to lower his price. The price was firm and there were no further discounts to offer. The customer understood and apologized for the way he had treated me for doing my job. He realized there was only so much I could do as a front desk representative and that I had offered to get the manager so he could better take care of him if it was possible. He realized he had over reacted too quickly. In my particular situation the customer was not right. What is your opinion on a customer is always right? 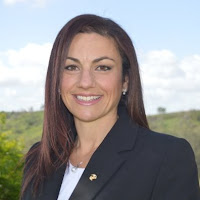 About the the author:

Juliana Kanelos is a senior at Cal Poly University. She pursuing a degree in Hospitality Management after serving 9 ½ years in the United States Marine Corps. After her journey of active duty, she noticed the hospitality industry was something completely different from what she was used to and decided a career in hospitality would be the best fit for her. So far it has been quite eventful, according to Juliana,  and she is enjoying every minute of it. She plans to work at a Winery in Wine Country Temecula, California after graduation. She is now employed full time as an Ammunition Program Analyst while she is pursuing her degree. She has been married for 9 years and has 3 wonderful children.