The unemployment rate is going down and the minimum wage is on the rise --- A blessing or a curse?

By Linchi Kwok September 01, 2017
Impeccable service can only be delivered by a well-trained, friendly staff. Accordingly, the service industry is labor-intensive and employs a large number of skilled and unskilled workers.
The recent employment report released by the U.S. Bureau of Labor Statistics also suggests that food services and drinking places (or restaurants), professional and business services, and healthcare are the three key sectors that contribute to the employment growth in July.
Yet, what may seem to be an exciting update for the labor market turns out to be concerning.Some critics pointed out that the job market was unhealthy because "too many" people were working in restaurants (the number increased by 53,000 in July 2017). The leisure and hospitality industry, which includes restaurants, added 62,000 jobs in July and a total of 313,000 over the year.

What are the concerns? 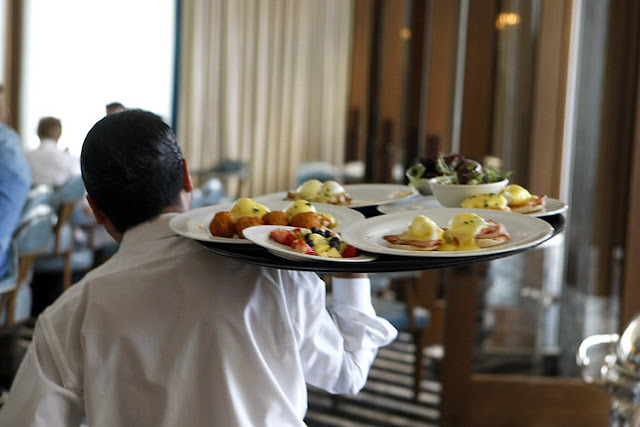 Is raising the minimum wage a remedy?

One may argue that these concerns are the result of the wages of restaurant or hotel workers being too low. Once the minimum wage increases, there would be no more concerns.
In fact, raising the minimum wage may also result in another outcome — it can possibly have a ripple effect in which everyone, including those who are making above the minimum wage, will get a raise. The gap between minimum wage and the national average would probably remain unchanged (if not become bigger).
However, prices are going to increase as employers pass the higher labor costs to consumers. In some rare and extreme cases, restaurants have explicitly added a "minimum wage" fee to the bills.
In the end, the increase of minimum wage is unlikely to help those living on a minimum wage to save more or improve their quality of life. What we discussed here can explain why places like Birmingham, Cleveland, St. Louis and Illinois freeze or even lower the minimum wage.

Then, is increasing the minimum wage still a good thing?

Yes, it could be. Increasing the minimum wage can push businesses to find ways to lower the operation costs through innovations. We have recently observed many innovative changes in the hospitality industry. To name a few examples:

What does the future hold?

By 2025, the hospitality industry is expected to go through some transformational changes due to the advancement of new technologies. Moreover, as the cities we are living in are getting "smarter," businesses are getting up to speed, too.
Now, here leaves the question that we all need to think about: What can we do to avoid being replaced by machines at work?
Note: This article was also published at MultiBriefs.com - the leading source for targeted, industry-specific news briefs. The picture was downloaded from Florida Restaurant Law - A Blog.