By Linchi Kwok December 13, 2017
Earlier this month, Hyatt Hotels made an announcement about the company's plan of selling its $1.5 billion worth of real estate in the next three years. By doing so, Hyatt would become another major hotel chain in the market that adopts the "asset-light" strategy, allowing the hotel to focus on franchising service with long-term management contracts.

Traditionally, Hyatt was known for its "asset-recycling" strategy. Under its buy-low-and-sell-high "asset-recycling" strategy in real estate, Hyatt owned and managed many properties in the market.
Even though Hyatt has no plan to sell all of its assets at this point, this new asset-light strategy is expected to bring Hyatt large cash flows that can be used in other investments, such as technology, product development and customer loyalty. Additional cash flows will also make it easier for Hyatt to acquire other hotel companies.

Is asset-light a common practice among hotel chains?

In fact, the asset-light strategy is not new in the lodging industry. In the early '90s, for example, Marriott Corporation had already split its business into two separate publicly-traded companies — Host Marriott Corporation (renamed as Host Hotels & Resorts later), a real estate company; and Marriott International, purely a hotel management firm.
Since then, Marriott International has been focusing on its core business — operations management in hotels, rather than managing assets. Marriott has experienced a phenomenal growth in the last three decades and in 2016 became the largest hotel chain.
Another good case in point is Hilton Worldwide. Hilton also announced earlier that the company was spinning off its hotel properties into a real estate investment trust, which would be operated as a separate company. 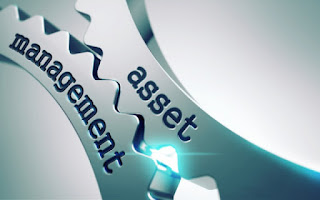 Why are hotels adopting the asset-light strategy?

The asset-light strategy turns out to be better for hotel chains. The separation of Marriott Corporation is a good example.
In the '80s — before Marriott Corporation split into Host Marriott Corporation and Marriott International — Marriott was actually in the real estate business because its focus was on building hotels, then selling the properties for a higher price while maintaining a long-term management contract of the assets.
The company not only had to carry a large amount of debts for the assets, but it also found it difficult to sell hotels when the real estate market deteriorated. The separation of Marriott's assets from its hotel management business could greatly ease the burden from debts and unsold properties, which almost led to bankruptcy for Marriott.
Additionally, the asset-light strategy allows hotel chains to concentrate on what they are doing best — the business of hotel management. Hotels are able to rapidly expand their business under the model of franchising, where a hotel chain signs a long-term management contract with a property owner as a franchiser.
Then, the franchiser would usually run the hotel business in the property on behalf of the owner. In return, the franchiser collects lucrative income from the hotel business it operates (in other words, the service it provides to the owner), such as a percentage of the revenues, loyalty fees, marketing fees, etc.
In summary, focusing on the growth of franchising business rather than real estate, hotel chains need not carry a large amount of debt. The risks of having unsold assets have also shifted to the property owners. The revenue coming from the franchising service is more predictable and receives less impact from the fluctuating real estate market, making it easier for hotels to plan for other investments.

As hotels are facing tougher competition from OTAs, Airbnb and other room-sharing websites, it seems that more hotels are going to trim down their operations and narrow their focus on hotel management. We have seen more hotels are separating their hotel management business from real estate and even timeshares.
What do you think? Will more hotels sell their assets?
Note: This post is also available on Multibriefs.com; The picture was downloaded from EveryInvestor.co.UK.