By Linchi Kwok March 26, 2018
Airbnb is the dominant provider of room-sharing services. The company is now turning itself into a full-service travel enterprise. With the debut of two new brands, Airbnb Plus and Beyond by Airbnb, its room-sharing services are expected to appeal to even more travelers. For many, it is a "cool thing" to stay in an Airbnb.
Well…only if they did not get turned down or kicked out by a host. Two years ago, an African-American man filed a lawsuit against Airbnb for the company’s ignorance of the hosts’ race discrimination, as he had found it very difficult to get his reservation requests accepted by a host. That's not cool at all, is it?
Unlike business entities, such as hotels and online travel agents (OTAs) that usually accept or decline a consumer’s reservation request strictly based on vacancy and price, without any assessment on the consumer’s demographic or social-economic backgrounds, room-sharing websites solely provide the cyber marketplace where travelers and hosts can be connected.
The reservation process will not be initiated until a traveler sends a request to a host after the traveler browses the available listings as well as the host profiles attached to the listings. After receiving a request, the host will then evaluate the traveler’s information, which may include his/her nickname, a profile picture, previous stays, length of membership on the website, as well as such demographics as age, birthplace and education, until the host reaches a final decision of accepting or declining the request.
This two-way reservation process may provide an explanation of why someone would get rejected by a host. Because both a traveler and a host must involve in the reservation process, I wonder if a traveler’s "attractiveness" to the host may play a role in closing the sales.
With that in mind, I worked with Karen Xie, an assistant professor at University of Denver on a research project titled "Buyer-Seller Similarity: Does It Lead to a Successful Peer-to-Peer (P2P) Transaction of Room-Sharing Services?" The paper will soon become available in International Journal of Contemporary Hospitality Management. The highlights of our work include:

The theoretical framework: similarity-attraction among buyers and sellers 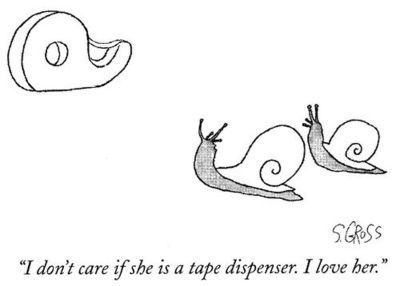 In general, the similarity-attraction theory posits that people are more likely to feel attracted to those similar to themselves. In a dyadic buyer-seller relationship, for example, sellers who share certain personality traits or similar attributes with the buyers, such as height, age, and product preferences, will possibly find it easier to make sales.
Meanwhile, consumers are also found to be more inclined to interact with those sellers who share a birthday, the same birthplace, and other incidental factors.

Building on the similarity-attraction paradigm, we aimed to address two research questions in our investigation:

The data and the analysis

We collected the data from XiaoZhu.com, a leading room-sharing platform in China, as the website provided us the opportunity to match t similar attributes between a host and a renter for each of the successful transactions, such as similarities in age, birthplace, and education.
Other information, including renter experience (as measured in number of days since s/he signed up on the website), host capacities (as measured in number of units that a host operates on a room-sharing website), as well as some other listing attributes, were also recorded.
After building the large-scale, granular online observational data set, we then employed a logistical regression model in our analysis.

Do you also observe similarity-attraction effects in hospitality businesses? How can businesses increase sales through buyer-seller similarity effects?
Note: This post was also published on MultiBriefs.com; the picture was downloaded from Loomislugguge.wordpress.com.