Disney MaxPass – So You Can Maximize the Magic (By Tiffany Hutchins)

By Unknown February 11, 2019
The saddest thing about the “Happiest Place on Earth” is the long wait time! We’ve all been there; we race over to enjoy your favorite ride and discover that the wait time is over 90 minutes. Well, Disneyland has been working hard to address this issue back in 1999 with the introduction of FASTPASS --- a ride reservation system that is available to all guests with no additional charge, allowing people to enjoy other attractions during the wait time.

As of 2017, people no longer need the paper FASTPASS, because their ride reservation is now electronically stored on their park ticket or annual pass. Disneyland has now launched the Disney MaxPass. An improved hi-tech version that people can control from their mobile device, which includes the time-saving convenience of FASTPASS as well as the value of unlimited downloads from the Disney PhotoPass for the entire day. 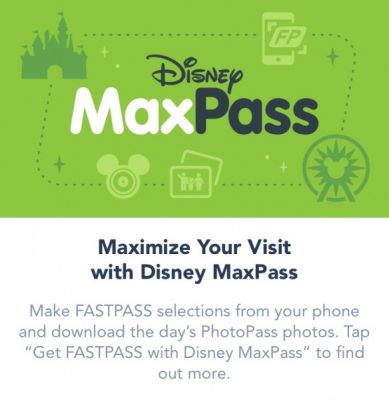 With Disney MaxPass, people can even skip the long lines at the most popular rides. Travelers simply make a FASTPASS reservation for an attraction at a time that works for them, all from their smartphones. Once they are in the park, they may use the Disneyland app to plan out their magical day with waiting in long lines. If travelers have a Park Hopper Ticket, they can even make a reservation for a ride in one park while enjoying a good time in a different park. People may make an additional FATSPASS reservation as soon as the return window for their first reservation has passed.

An added feature with MaxPass is that the maximum waiting period between FASTPASS reservations has been reduced from 2 hours to 90 minutes. That extra 30 minutes of fun time is helpful, but the best time-saver benefit from the new MaxPass is, travelers no longer have to physically go over to the ride of choice to get their FASTPASS. They get it right from their mobile devices. Although this may not increase their daily step count, it will definitely increase their ride count.

Disney has also addressed the frustrating issue of having a ride temporarily close down during travelers' return window. If travelers have scanned their FASTPASS from MaxPass and are in line for a ride when it shuts down, then they are in luck for some real magic --- It is as though Cinderella’s Fairy Godmother had waived her wand over the travelers' cell phone and magically changed their FASTPASS into a Multiple Experience Pass. They may now use this pass on any FASTPASS attraction within the same park. So they can make up for the time they spent in the previous line.

The MaxPass also includes the Disney PhotoPass. This will get people unlimited photo downloads for the entire day. Now it is even easier to capture and share travelers' magical memories. This includes photos from rides, character greetings, and even professional Magic Shots, where a Disney character will magically appear in their photos.

Disney MaxPass is optional and pretty affordable at the low price of $10 per day, per ticket, or $75 per year for an annual pass holder, and of course, it is included with the Premier Annual Passport. If people do not feel the upcharge for MaxPass is worth it, then they can still use the original FASTPASS distribution terminals located at the actual ride for no additional charge.

The only downside of using MaxPass is it drains people's cell phone battery. So, it is important for travelers to bring a portable charger or plan to purchase one there. Although there are electrical outlets throughout the park, waiting for the phone to be charged is not very time efficient or magical. A few tips for saving the battery usage would include scanning people's FASTPASS from their admission tickets instead of using the online app as well as turning your phone off while on rides which have poor or no signal.

So the two biggest advantages with MaxPass seem to be, it saves time and is very convenient. Although people may still have waiting periods between their FASTPASS reservations, just use that time wisely to take a restroom break, eat a meal, or walk between parks. With all of these benefits, if used correctly and efficiently, the Disney MaxPass definitely seems to MAXIMIZE the Magic! 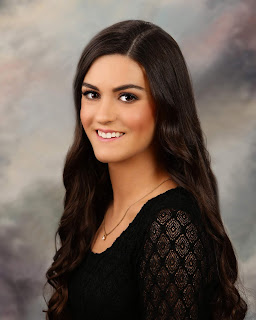 Do you have any tips to maximize the Disney MaxPass? How do you think it compares to other theme-park “skip-the-line” passes?

Tiffany Hutchins is from Aliso Viejo, CA and is a now student at Cal Poly Pomona, pursuing a degree in Hospitality Management with an emphasis in Event Management. Her involvement on campus includes membership in the Zeta Tau Alpha sorority, Broncettes Dance Team, and several other university clubs. Her hospitality experience began with working at BJ’s Restaurant as a hostess and her passion for volunteer work come from Meoowz Rescue, where she has fostered over 200 abandoned cats and kittens. She currently works at Disney California Adventure Park as a Cars Land cast member, where she is proud to be part of the parade and the character host team. Upon graduation, Tiffany hopes to continue her career with Disney.

Note: the picture of Disney's MaxPass was downloaded from https://www.themouseforless.com/blog_world/2018/04/maxpass/.