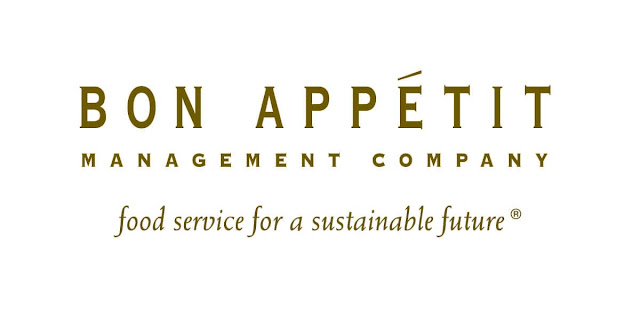 I had the pleasure of working at Bon Appétit Headquarters located within the Googleplex in Mountainview, California this past summer. I have worked for many companies in the past, but never have I worked at such a company as Bon Appétit that was enormous and widespread, yet still cared enough to make every employee feel individually loved. From the experiences I had over the three months I worked there, I have come to understand why and how Bon Appetit makes its utmost mission the exploration of the far reaches of Corporate Social Responsibility (CSR) and sustainability within the workplace - ranging from worker retention to eliminating food waste and how HR helps the company set the groundwork.


Being at Google, Bon Appétit has the opportunity to constantly experiment with new ideas. As is the culture of Google, novelties, innovations, and even wacky ideas are encouraged and promoted for testing. In fact, Google loves experimenting and testing so much that they have even created a system for Bon Appétit, allowing any Google employee to review any facet of Bon Appétit’s food choices, standards, or cafés and leave a review of their opinion - sometimes helpful, sometimes not. This constant communication between the service providers and users allows collaboration of ideas and helpful feedback, which in turn allows Bon Appétit to excel and become increasingly better with a  holistic understanding of their business.

The standard American foodservice practitioners, for example, consider around eight main allergens; Bon Appetit considers 19 allergens and sensitivities, such as MSG and alcohol due to its large presence of international employees. HR must consider all these factors before giving the OK to any chef to operate the kitchen.

In addition, Bon Appétite strives to bring authenticity to its guests, like serving freshly made kimchi and steamed "Gai Lan" (also known as the Chinese broccoli or a traditional Asian green vegetable similar to broccoli or kale). By constantly experimenting, Bon Appétit uses constant communication to provide the best possible service to its patrons, making them want to return every single day.

Google, through integration with Bon Appétit, creates almost utopia-like conditions for those who work there. Google makes the mission to provide the best and most comfortable experience for its employees, providing such amenities as gyms, game rooms, nap rooms, and free food through Bon Appétit.

Despite the fact that thousands of people are working at Google every day, including the Googlers, bus drivers, Bon Appétit employees, maintenance workers, cleaning staff, and other vendors that Google hires, everyone gets to eat for free. By allowing everyone to eat for free, not only does it make people want to come to work, but it also increases morale, decreases the stress from worrying about money for food or the access to food, and breaks down barriers.

Before that, HR had in fact tested to see if offering free food would make employees lazier, but it turned out it did the opposite. It is not uncommon to see employees from different companies carrying on casual conversations in the dining facility. In an environment like that, there is no room for negative interactions.

Bon Appétit strives to produce quality products, sometimes even by sacrificing the quantity so as to provide the food they are proud of. At every Bon Appétit account, ingredients are as locally sourced if possible. By doing so, Bon Appétit does its best to promote small businesses and bolster the local economy.


While supermarkets and most restaurants only buy perfect-looking produce (e.g., straight carrots, unblemished fruits, etc.), Bon Appétit’s philosophy is: “a straight carrot tastes the same as a curved carrot.” Accordingly, Bon Appétit buys those “ugly” vegetables, which would have been wasted otherwise. Since Bon Appétit buys in bulk, the farmers offer exceptional discounts too, as an appreciation to the company for buying the products that others do not want. This stride towards sustainability spreads benefits throughout the system, affecting customer preference, the company's bottom line, and the local economy.

The HR’s role is to oversee and manage the seamless allocation of human capital and resources, allowing for new ideas to be implemented in an orderly and effective manner. As people are the main focus of Bon Appétit’s business (especially at Google), HR must work tirelessly to ensure everything is safe, up to date, up to code, and overall, running smoothly. Every Bon Appétit café at Google (of which there are 67 in one of the three campuses I was stationed) must go through three safety inspections by three different organizations every quarter for a grand total of 12 health and safety inspections annually. This insane attention to detail means that problems rarely occur, thanks to the efforts of HR and their management tactics.

The use of CSR and sustainability through HR serves as the perfect platform on which one can build a company of tremendous influence. Bon Appétit and its standards prove that sustainability is the way to do business because if unsustainable, will their business come to an end soon?
About the author

Michael Katz is a junior at the Collins College of Hospitality Management in Cal Poly Pomona. Over the course of his career, he has been employed at numerous foodservice, event planning, and management facilities, which expand his appreciation for the business and the HR aspect of the operations. Since Michael joined Cal Poly Pomona, he developed a strong interest in sustainability. Going forward, Michael plans to incorporate a great deal of sustainability into whatever he is doing and hopes to encourage others to do the same.