Indicators show travel and hospitality businesses are picking up

Do you see early signs of recovery? Here are some positive updates, although it is still too early to claim it is business as usual.

The Transportation Security Administration (TSA) reported that 430,414 people passed the security checkpoints at airports on Monday, June 8. That was about five times the record low traffic day of 87,543 in April and accounted for 16.27% of the air traffic in the same weekday one year ago at 2,644,981. It is worthy to point out that the figure reported in 2019 showed an 84% increase from 2018, which recorded at 1.4 million only. 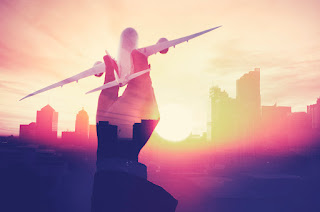 United Airlines plans to restore flights in 150 U.S. and Canadian destinations in July, most of which were suspended due to COVID-19. Meanwhile, 140 nonstop routes will also be restored. Even though the airline’s domestic capacity in July is only expected to reach 30% of the same period in 2019, that is already an improvement of 87% from June.

American Airlines planned to fly 55% of the carrier’s domestic schedule in July. By comparison, the airline only flew 20% of its schedule in May.

Delta Airlines grounded hundreds of airplanes as the pandemic hit. The airline has brought 16 airplanes back to service in June and plans to add another 74 planes in July.

Other carriers, such as Virgin Atlantic, EasyJet, and Ryanair, are also planning to restore more routes in the summer.

Hotel performance also showed signs of improvement, according to STR (Smith Travel Research), a leading data analytics provider for the lodging industry. For the week ending June 6, STR found the following in the U.S. market:

The search for Vrbo was up from last year, although the queries for Airbnb was down 10% from last year. The search for hotels, however, was still down more than 60%. Additionally, Airbnb already saw a 70% increase in bookings in the first week of June than the week of April 6 – 12.

Only curbside or delivery service was allowed in most restaurants during the pandemic. Now that more states have loosened restrictions on indoor dining, the data from OpenTable show that restaurant bookings are back to 70% of their previous levels.

·      Transactions in fast-food restaurants fell to the lowest point, at 41% in the week ending April 12, but they are getting back to the pre-pandemic sales level now.

·      Full-service restaurants received the hardest hit. Transactions were down over 70% since the last week of March till early May. In the week ending May 24, transactions in this segment were still down 42%.

·      As many as 30% of independent restaurants, however, are expected to close for good.

The workplace will no longer be the same as before. It becomes even more critical for employers to provide safe environments for both the employees and clients.

Even with extra safety measures, however, businesses might still find it challenging to fill the vacant frontline positions that pay minimum wages. Some people may not feel comfortable returning to work yet; others may simply not want to go back.

A friend of mine, who is a restaurant owner herself, told me that she furloughed about 100 employees during the pandemic. Now that she is reopening her restaurants, her staff told her they would rather take the unemployment benefits than working for an hourly wage.

Larry Kudlow, the Direct of the White House National Economic Council, is urging to replace the unemployment benefit boost during the pandemic with a return-to-work bonus. While there are still debates on such a suggestion, Idaho’s Governor Brad Little has announced that the state’s residents on unemployment would receive a one-time bonus of $1,500 for returning to work full-time, or $750 for working part-time.

Where do you see signs of recovery? What challenges face today’s businesses?

Note: This post is also published on MultiBriefs.com; the picture was downloaded from BlueSwanDaily.com.