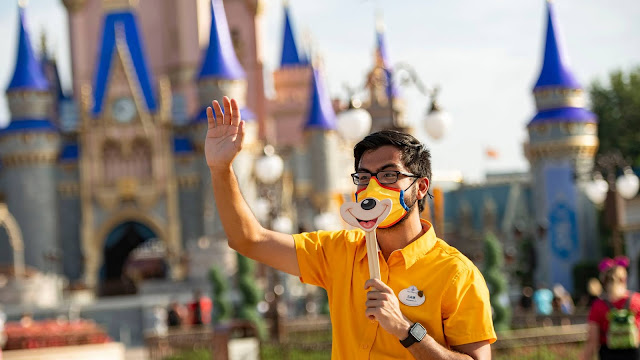 CoVid-19 and the pandemic continue to cause many businesses to lose revenue and guests. Disneyland is one of the companies that continues to take a hefty loss because one of their park gates remains closed. The last time Disney Parks closed down happened after the 9/11 attacks, and the third time all parks were forced to close down. The company conversed about possibly reopening Disneyland in Anaheim soon for the holidays but needed approval from the California state government. However, all the other attractions reopened, including Downtown Disneyland in Anaheim and Disney World in Florida, with approved safety standards. The question remains if cast members still feel comfortable working at the happiest place on earth again during the pandemic. Disneyland needs to prioritize both guests' and cast member's safety during the crisis. The cast members' safety is crucial because they interact and create a magical experience for the guest.
Cast members expect Disneyland to protect them during the pandemic. The company created expectations for the cast members to comply. Regulations and expectations for cast members include wiping down rides after each usage, face mask requirement, daily temperature checks, and separate equipment for rides. For the Jungle Cruise ride, cast members are provided with designated microphones and forbidden to share with others. Guests need to contribute their part as well by wearing a mask, are discouraged from eating while walking, and need to social distance themselves. The guests need to respect these rules to ensure safety among the cast members during the pandemic. Each security entry consists of the usual bag check and mandatory temperature checks for the guest before they enter the park. In the recent months of reopening the United States locations, Disneyland cast members expressed mixed reviews about their safety and challenges during the crisis.
Challenges cast members face during the pandemic is how to bring the magic to the guest in the safest way possible. Some cast members describe feeling as survivor's guilt because of the challenges and adjustments to the environment. Most cast members felt secured working and made adjustments to the new park atmosphere (Ciement, 2020). Since cast members are still complying with the mandatory face mask requirements, unfortunately, guests cannot see cast members' smiles and Disneyland spirits. Also, cast members cannot take photos for families to reduce interaction between them and guests. Other gestures are deemed risky, including high-fiving or hugging guests. Cast members learned to adjust their body language to bring a warm and cheerful atmosphere in the park. The majority of them learned to try to smile with their eyes and wave from a reasonable distance. One adjustment cast members made was taking a selfie photo for the kid and their favorite character.
Disneyland received mixed reviews from cast members about the new environment and times. A cast member in a local union Scott Dudas, Unites Here! Local 362 mentioned how protected he felt when Disney World reopened. He felt confident and shielded working in the park because he believed Disneyland prioritized employee safety first. Another cast member in the same union remarks on the designated behind areas for employee sections regarding the break rooms and acknowledges Disneyland thinking about every detail (Yep, 2020). However, a different cast member from the same park expressed distress about the lack of social distance between her and the guest. Since Walt Disney in Florida is the biggest park in the franchise, the number of people was a concern to many employees. The Disneyland environment is stressful for cast members, especially ones deemed high risk to the virus. Several cast members expressed concern about an increased number of cases and even contracting the virus when Downtown Disneyland in California reopened Tapp 2020). When Downtown Disney reopened, the guests failed to comply with social distancing themselves at the World of Disney Store. The company adjusted regulations after the incident to ensure safety for cast members in California. Stricter social distancing rules enforced, limiting the number of people in stores with reminder apps and outdoor dining. The adjustments helped employees sense a better comfortable working environment.
Overall, Disneyland implemented secured regulations and rules to protect their cast members during pandemic times. Cast member safety was the number one priority because they are bringing magic to the guests. Generally, the majority of cast members experienced confidence coming back to Disneyland. The company will need to wait for approval of reopening the final park in Anaheim. Disneyland is obligated to review its standards, especially since the holidays are coming up.
Are there any improvements for Disneyland to create before the reopening in California, Anaheim?
As a cast member, would you feel comfortable working at Disneyland? If not, what adjustments would you suggest?
How many employees will Disney bring back to the Anaheim location?
About the author 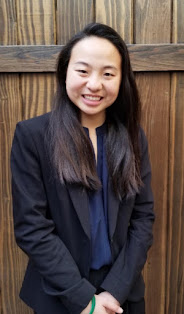 Michelle Shintaku currently attends the California State Polytechnic University Pomona. She is a student at the Collins College of Hospitality Management majoring in hospitality management. At Collins College, Michelle worked as a teacher assistant preparing food for the students. Michelle currently works at a quick service poke restaurant during the pandemic. She has previously worked in both the front and back of the house at a Mongolian BBQ and a Japanese quick-service restaurant. Michelle acquired more than one year of experience in the food and beverage department. She aspires to become a manager of any department in a hotel or country club.
Work Cited