By Linchi Kwok November 19, 2016
Hotels have a difficulty in building relationships with their customers through advertisements. Nowadays, it is not an easy task to inform a customer about one’s property, especially to the millennials. Some customers do not find ads credible or accurate, and new software such as AdBlock provides customers the options to remove advertisements from their computer. Today, people rely on social media to acquire and follow the latest trends. A new method of advertisement has taken over due to this concept. Many hotels are changing their marketing plan and trying to improve their social media presence to gain more sales. Moreover, Google has come up with a plan to help hotels acquire more businesses. 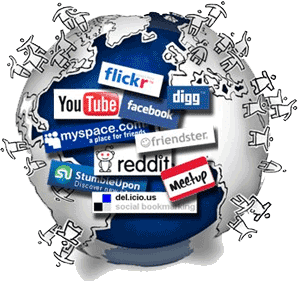 Social media have become a great mean to advertise a product. However, advertising on social media is different than on television. It is not as simple as opening a Facebook fan page or creating an Instagram account. It requires hours of preparation and a good understanding of what customers are looking for. For instance, on Instagram, I follow a very well-known fashion stylist who is always traveling. Through her posts, I have noticed that she mentions the places that she has visited. The pictures that she posts show the beauty of those places and can inspire people to visit. The places she has visited, the hotels she has stayed, and the food she has eaten are all advertised in the forms of social media posts.

On the other hand, Four Seasons Hotels and Resorts have utilized social media in a different manner. They decided to create a campaign featuring a plush toy named Maxine. This plush toy was featured in all the most well-known social media such as Facebook, Twitter, Instagram, and etcetera. Maxine traveled everywhere in the Big Apple, and people were excited to see where Maxine was going to travel next. This was a genius idea since it was meant to target family travelers to their hotels. Kids loved the plush toy and they wanted to visit the same destinations that Maxine had visited. They were also able to interact with Maxine in their facilities. The campaign not only brought profits to the hotel, but also to nearby businesses featured in Maxine’s travels.

Google has been experimenting with a new way of advertising, according to Nicholas Ward (2016), CEO of a digital marketing agency. Every time a person searches for information about a hotel, or when they want to book a room through Google search engine, nearby deals will be shown at the top of the list. People will be able to click on them and more information about the hotel will be shown. Also, when changing the check-in and check-out dates, the deal will also change just like any other booking websites. Moreover, Google is trying to make the search engine better to their users by offering not only the best deal but also hotels that are similar in rating for people to compare. Users will be more well informed, and this will make their booking experience more satisfying.

These new ways of advertisement will influence the sales of many hotels in the long run. On the other hand, it is important for hotels to understand this processes and to know how to employ each mean of advertising. For instance, for the hotel to thrive, it would be beneficial for the hotel to be seen in the nearby deals under Google’s search engine. This is because many millennials seek inexpensive hotels with a good location. Social media advertising can also be difficult but not impossible if they have a good sales marketing plan. I believe if done well, a hotel could increase its sales due to these new ways of advertising. What would the advancement in technology affect sales in the future? Would televised advertisement cease to exist? If so, why or why not? 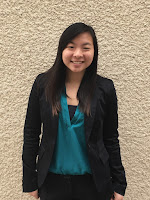 Enmy is a Chinese who was born in Venezuela. She loves to travel, discover new places, and plan events. These are the reasons why she chose hospitality management as a career. Enmy is fluent in Spanish, English, and Cantonese, and she is also in the process of learning Mandarin. Enmy is now a senior at California State Polytechnic University, Pomona, and she is expected to graduate in Spring 2017. She is very interested in event planning and wants to own her own event planning company in the future. She is diligent and cooperative, and she currently works at Wokcano, Pasadena as a host.