Convenience over Class: Serving Vino in Cans (by Kristen Rinck)

By Linchi Kwok November 23, 2016
A recent trend has emerged in the beverage industry that pinpoints a change in attitude and behavior in consumers. Want to find out what this new trend is? Next time you are at a grocery store, walk down the wine aisle and look for something out of the ordinary. Between all of the wine bottles, something different will pop out: wine cans. It now seems that beer is not the only alcoholic beverage sold in cans. Within the past year, the creation and consumption of canned wine have greatly increased. In fact, canned wine sales have more than doubled in the past year, according to a Business Insider study.  The study showed that sales of canned wine reached up to a revenue of $6.4 million in 2015 and so far to $14.5 million in 2016. Although canned wine currently only makes up about 1% of the market, the growth rate is rapidly climbing, comments Sommelier, Andrew Jones. 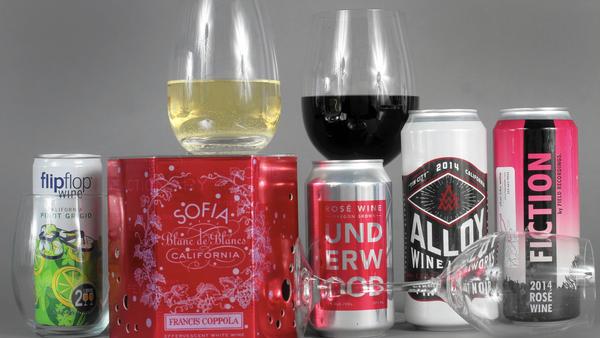 The idea of canned wine only began a few years ago. Andrew Jones, who started Field Recordings winery in Paso Robles, California, was one of the first winemakers to make the switch to cans. Jones states that using cans rather than bottles has no effect on the flavor of the wine.  In 2013, canned wine was only 5% of Jone’s business, and now it accounts for up to 40% of the wine produced by Field Recordings. (CBS, 2016) In 2015, Whole Foods took the leap and prominently began selling Presto Sparkling canned wine.  (Business Insider, 2016)

One of the appeals of canned wine is practicality. With canned wine, a consumer can easily drink on the go. Our world continues to become much faster pace and a product that enables a consumer to increase their time efficiency will flourish. With the change in lifestyle comes a shift in consumption behavior and needs. People are becoming much less concerned about the tradition of making wines look like upscale. (Business Insider, 2016) This means the romantic notion of popping a cork is no longer a necessity.

Another appeal of canned wine is cost. Cost is a socioeconomic factor that influences consumer preferences. Many people in their twenties, including myself, do not necessarily have the funds to purchase an entire bottle of wine for ourselves. Nor do many of us need a whole bottle unless we plan to go to a formal dinner party or potluck. Being able to have a single serving of wine in your own home is a huge advantage of canned wine. The current cost of a single can of wine is around $5 to $8.  Field Recordings also sells canned wine in 6 and 8 packs. (CBS, 2016)

As a millennial that is just coming into their drinking age, I am very intrigued by this concept.  When my parents were my age, their options were limited to canned beer and bottled red or white wine. However, in 2016, there are multiple choices when it comes to choosing one’s beverage of choice. Millennials are always looking for something new, easy, and exciting. Canned white, red, and sparkling wine provides all of those assets.

I believe that canning is where the future of wine is headed. Canned wines will never fully take over glass bottles, but they will become much more popular. Although great for special occasions, the ceremonial popping of the cork is no longer a necessity to be able to enjoy a glass of wine. Convenience and cost efficiency can be great motivating factors in consumers’ decisions on what type of wine to get. I believe that as more millennials reach the age of 21, the number of canned wines bought will increase. All connoisseurs of wine should try canned wine at least once and who knows; maybe they will be pleasantly surprised.

Would you ever consider switching to canned wine? Is the efficiency of canned wine a big enough pull to get people to switch over from bottles to cans?

Kristen Rinck is a junior at the University of California State Polytechnic Pomona. She is majoring in Hospitality Management and minoring in Entrepreneurship and Small Business. Her emphasis is in event management, but she also has an interest in wine and beer. She is expecting to graduate in spring of 2018.  After graduation, she wants to move back to the Bay Area and work in the event, wine or beer industry. In her spare time, she enjoys watching sports, reading, cooking, playing with her dog, and spending time with her friends and family.