Do you believe that Kickstarter is a way to a successful start-up? (By Othmane Bennani)

Kickstarter provides the ability for companies to begin and build a successful start-up by developing an alternative that is based on people’s contributions to the business. Every entrepreneur and business developer understands the hardships of financial issues that arise in creating a business which can hinder progress in several fields. Financing companies view start-up companies as an advantage as it allows them to raise their prices on loans and provide other overpriced services. Kickstarter tries to eliminate that step by giving the donator the ability to determine which company should be helped based on future revenue and growth predictions. It allows for add-ons between companies therefore pushing the drive to seek new ideas while creating new markets, developing certain domains and preventing the saturation of others. Within the hospitality industry, the development of new ideas that can push the industry forward need financing. Therefore Kickstarter can be a good start.

Contrary to the popular belief, Kickstarter does not limit its service to tech-savvy companies but also aims to involve a variety of companies, which includes those within the hospitality industry. While some would argue that the fund-raising process is fairly long, I would argue that depending on the company’s desired level of success and its developmental rates, many companies can predict the exact amount of funds needed. Like its name suggests, Kickstarter aims to help companies slowly develop until they become self-sufficient. Although it may take a company at a slower pace to reach its desired level of success, Kickstarter ensures the company’s ability to stay out of debt and keep the full ownership to the owner.

Kickstarter’s success in helping other companies is derived mainly from its being a trustworthy source, providing transparency in its transactions, and conveying the company
s objectives clearly. It uses social media as a means to introduce new innovative ideas instead of through advertising. The company also encouraged family members and friends to aid in the development of an item, changed donations into a notion of pride with a provided service or product, and simultaneously encouraged competition among contributors and developers.

Kickstarter is advertised through word-of-mouth. The company established a way of informing the donor of their contributions, and thus offered them a sense of satisfaction while showing new ideas to the world .

A good example is the Purpose Hotel, a project beginning in Kickstarter that aims to connect the humanitarian world with the hospitality industry. Guests can stay in the Purpose Hotel where every product they use will support a specific cause. The hotel on Kickstarter doubled its initial pledge with investors, from the United States to Australia and Germany.

I believe that Kickstarter represented an example for every developing company or new project. The company not only introduces new ideas and innovations but also provides a revolutionizing approach to financing. Kickstarter helps people come together in a virtual community to develop new ideas and donate to their interest by using social means to advance its domains. The revolutionary website has not only transformed it into a trustworthy and successful company but also acts as a motivating driver for every entrepreneur. 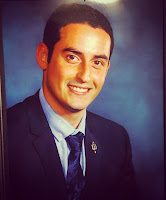 Othmane Bennani is a senior at The Collins College of Hospitality Management at Cal Poly Pomona, with an emphasis in hotel management. He previously worked for an IT/mobile app company, whose products help managers communicate efficiently with their employees. He is an active member of Eta Sigma Delta Honors Society of Hospitality Management and the Entrepreneurship Club of Cal Poly Pomona.

* The picture of Kickstarter was downloaded from http://www.digitaltrends.com/cool-tech/amazon-kickstarter-site/