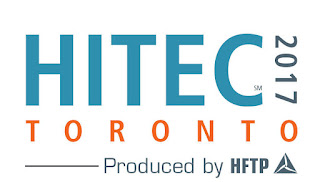 
This year's conference in Toronto took place at a special time — during the week of Toronto Pride, Canada's 150th anniversary and a new wave of global cyberattacks. The conference featured four keynote speakers, including:
These speakers shared their visions of hospitality technology in three keynote speaker sessions and highlighted two critical issues:

1. The future belongs to those who are prepared for innovative disruptions.

Berkus is an HFTP International Hospitality Technology Hall of Fame inductee, and he is also one of the most prolific angel investors in the United States, with more than 130 early-stage technology investments. He raised a question in the opening keynote session: Will tech kill your job?
According to Berkus, there is a cycle of technology that takes place every 55 years. We are currently close to the collapse of the fifth and the beginning of the sixth wave. As we are entering into a new cycle, innovative disruptions are expected, where jobs and industries that we are familiar with today will be replaced with the new ones.
Within the hospitality industry, we have seen more service jobs are being replaced by machines, and such trend is not going to be reversible. Likewise, the growth of peer-to-peer (P2P) room-sharing services is unstoppable, and room-sharing businesses have become a new threat to the traditional lodging industry.
In a similar vein, Tapscott, the author of "Blockchain Revolution: How the Technology behind Bitcoin is Changing Money, Business, and the World," shared his perspectives about disruptive technologies. He discussed blockchain, a database that is used to maintain a growing list of records, such as consumer behaviors and their business transactions on the cybermarketplace. The blockchain revolution will disrupt the way of how jobs are performed and how businesses are run.
Facing a new wave of disruptive technologies, should we worry about our future? Are we going to lose our jobs soon?
Possibly, but if we are well-prepared for the disruptions, we will probably be fine. According to Berkus, because new jobs, new companies, and even new industries are going to replace the old ones, new positions that do not exist today will also be created in the future. The top jobs in the next decade may include drone applications, augmented virtual reality, 3-D printing design, information technology, alternative energy, computer game design, content creation, robotics, and cybersecurity.

Rosen and Villanueva gave a talk on cybercrimes in the closing keynote speaker session. What a coincidence — their discussion happened at the same time an international cyberattack spread from Ukraine to the U.S. during HITEC. Many large companies, including FedEx, Cadbury Chocolate, and A.P. Moller-Moersk were impacted.
As a matter of fact, hotels are often targeted by cybercriminals. A recent report, for instance, stated that 1,200 intercontinental hotels in the U.S. became the victims of a cyberattack earlier this year.
Accordingly, hospitality firms must invest in infrastructure and personnel to prevent cybercrimes. Even some small items, such as a hotel's Wi-Fi network, deserve big attention.
Did you attend this year's HITEC in Toronto? What other critical issues in hospitality technology did you observe?

Note: This article was also published at MultiBriefs.com - the leading source for targeted, industry-specific news briefs.