How influential is Yelp? (by Megan Lee)

By Linchi Kwok July 10, 2017
Yelp is an app that provides raw and authentic reviews from the public for a wide variety of different establishments. Before technology gave birth to the internet, social media, and the public review system, individuals had to rely on commercials, paper advertisement, or word-of-mouth for recommendations. False advertisements often existed where consumers' high expectations turned into disappointing experiences. Yelp changed that forever as this generation heavily relies on reviews and star ratings to make decisions on what is the best place to eat Japanese ramen, get their eye brows threaded, and so much more.

Yelp changed the way how marketing and businesses work. Earning a reputation through digital influences is something that came along with this new millennia. Consumers today do not like surprises, it’s frightening walking into a new hair salon without knowing what to expect. It is so convenient now to find out a business’s hours of operation, location, and photos in just a few clicks. Additionally, Yelp is here to give consumers an idea of what they want to eat with a list of what is available nearby. Yelp is essentially free advertisement for all businesses, however free advertisement does not necessarily mean good advertisement.

Who would expect an app on smartphones can single-handedly decide the fate of a small family-owned restaurant? Luca found in his study that each ratings star added on a Yelp review could translate into a 5-to-9 percent increase on revenues (Blanding, 2011). Although star ratings or reviews will not hinder a big corporation as much, small and independent businesses tend to get most affected.

The marketing team at Yelp is geniuses as Yelp reviews have become a huge influence on nearly every business. As a business entity itself, Yelp sells three different service plans to businesses. The first plan is to let owners claim their business, free of charge. This plan allows the owners to respond to reviews, upload photos, and create a Yelp Deal. The second option is a self-service plan, allowing the owners to buy Yelp ads. This plan includes targeted Yelp ads, removal of competitor ads, upgraded slideshow, and setting their budgets. The third option is a full-service plan as it is a combination of everything that was listed above. This plan includes everything in the self-service plan with the addition of "call to action" button, optional high-quality video, account management support, and more. The position that Yelp puts itself in the world of marketing is impressive as they "control" how well businesses can do.

I see Yelp as a tool that I use daily to help me decide where to eat, but at the same time I view Yelp as a business tyrant. With the influence Yelp holds to the public and the market, I do not see it going anywhere else but up. Yelp is a business that has so many opportunities, and I believe that they properly achieved them. We should look towards this company as a guide on how to be innovative, unique, and influential with our future businesses. 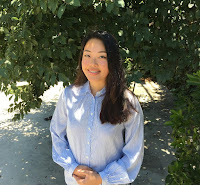 Do you think Yelp is a good business model? Is it ethical for Yelp to hold this much power over businesses?
Megan Lee is a third year student in The Collins College of Hospitality Management at Cal Poly Pomona. Her focus is in lodging operations and hotel management. She is currently working at the Kellogg West Conference Center & Hotel as a front desk agent. She applies hospitality to every part of her life as that is her passion. Her goal after graduation is to work at a beach resort in the sunny coast of California.

The picture was downloaded from Patsmarketing.com.

By Linchi Kwok October 22, 2019
United Airlines just revealed massive changes to its MileagePlus Program. How much a traveler spends on the tickets is the only thing that matters in the airline’s new frequent flyer program.

Not long ago, United quietly switched from a distance-based reward program to a fare-based frequent flyer program. Since 2015, people earn mileages based on how much they spend on the air tickets instead of how far they fly.

For example, I typically earn about 4,000 reward miles for a round-trip ticket between Los Angeles and Asia, even though the distance of the trip usually ranges from 10,000 to 12,000 miles. Nevertheless, the distance I fly still matters because it will be counted towards the “qualified miles” for elite status.

Now, the airline wants to take a big step further to (only) reward those top-spending travelers as their elite customers.

By Linchi Kwok November 19, 2019
I was in New York City (NYC) over the Veterans Day weekend for the HX: The Hotel Experience 2019, one of the most important trade shows in the lodging industry. Similar to last year’s trade show, the HX 2019 also entailed four components, including HX: The Marketplace, HX: The Conference, Boutique Design New York, and the STR (Smith Travel Research) Student Market Study Competition.

STR is the leading data analytics provider for the lodging industry. Since its debut in 2015, the STR Student Market Study Competition (the STR Competition hereafter) has received significant attention from the hospitality programs around the world.

This year, over 20 students from the Collins College of Hospitality Management at Cal Poly Pomona traveled to NYC for HX 2019. Moreover, six of them also participated in the STR Competition for the first time.

In the end, the Cal Poly Pomona team won the 2nd Prize among the 25 competing colleges and universities. The other winning teams include Michigan State …
Post a Comment
Read more

Want a job at McDonald’s? Now, it is as easy as talking to Alexa