Advertising the guests instead of the amenities (by Shelby De Pry)

During the opening ceremonies of the 2016 Rio Olympics, The Venetian (one of Las Vegas’ luxury resorts) rolled out its new quirky ad campaign titled “Come As You Are”. The commercial played in key markets, including Los Angeles, San Francisco, Chicago, Dallas, and New York. The campaign also includes a few print ads, which will run in publications including Vanity Fair, Condé Nast Traveler, and Food & Wine.

The “Come As You Are” campaign is The Venetian’s first big marketing campaign since the hotel originally opened in 1999. According to the brand, the campaign was designed to “not only celebrate the character of The Venetian Las Vegas’ guests and the excitement of travel, but also to tap into the changing definition of luxury” (Smiley, 2016).


The thirty-second commercial is quite unusual for a hotel brand. Instead of focusing on the hotel several amenities, the quirky ad shows the unique personalities of guests long before they arrive at the hotel. The colorful cast shows a woman with a large collection of watches and cuckoo clocks, a couple who has several dogs and enjoys wearing all white clothing, and a woman who enjoys paddling a boat across her swimming pool. The commercial ends with the characters all gathering their luggage, then The Venetian logo appears. The ad seems to be more likely a clothing ad than an ad for a hotel. The only thing other than the logo at the end that indicates that this commercial was for the Venetian is the vintage Italian music that plays throughout the commercial.


This campaign was created by a Los Angeles based agency called Zambezi and was directed and photographed by Autumn De Wilde. The Venetian’s chief marketing officer Lisa Marchese, who has previously worked in top marketing for The Cosmopolitan in Las Vegas for the past five years, led the campaign.  Lisa Marchese said, “The campaign embraces this trend of being likeable, inclusive and most importantly, interesting rather than self-important.”The Venetian marketing campaign is going against the grain of typical luxury brands. The CEO of Zambezi, Chris Raih, shared a similar sentiment, “If you look at any advertising on the strip, other hotel properties are asking you to buy into something, to alter yourself to fit some convention. This work is a rally cry for the individual, for that person who defines themselves on their own terms". The “Come as You Are Campaign” is trying to change the idea of luxury by making guests feel inclusive. Marchese stated, “There's just a lot of luxury product in Las Vegas and so for us, we thought there was this gap in the market around [. . .] yes, we are still luxury, but we can be optimistic, inclusive, really likeable and celebrate the guests that are coming to Las Vegas.”

Even the music that plays throughout the commercial was perfectly picked to fit the ad. The song that was featured is the 1969 breakout tune called "Tintarella di Luna" by Italian pop star Mina. The song’s lyrics go on to describe a young girl who is unlike her sun-loving friends and wishes to climb on her roof at night to get a “moon tan” a “Tintarella di Luna” instead of a sun tan. The song perfectly fits with how the campaign is celebrating uniqueness and being yourself.

The “Come As You Are” marketing campaign is a break from the typical Vegas ads, it features unique guests with its bright and quirky commercial and ad prints. Raih believes in the campaign celebrating uniqueness and stated, "For a luxury property to swing the spotlight around on the type of guests that we want to celebrate is something that is totally unique in the category and it became undeniable that we should pursue it." 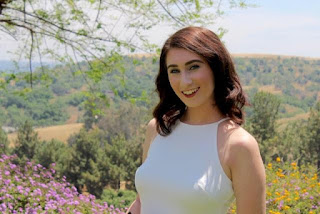 About the Author
Shelby De Pry grew up in the small town of Lake Arrowhead, California. Like most young-adults living in small towns, she wanted a life filled with adventures and excitements. She moved away from home and attended school, where she is currently working towards a degree in Hospitality Management. Her focus is in hotels, which she plan on managing one day. This June, she will be graduating from California State Polytechnic University, Pomona. In addition to traveling, she also enjoys reading novels, hanging out at Disneyland, and attending concerts.