What Can We Do to Stop the Spread of Fake Reviews?

By Linchi Kwok August 23, 2011
Recently, I had a phone conversation with David Streitfeld at The New York Times. We shared our opinions about fake online reviews. He later published a report entitled “In a Race to Out-Rave, 5-Star Web Reviews Go for $5” and cited some of my comments. After reading David’s news article, I can’t help asking myself --- are we (the hospitality industry) trapping ourselves by paying an agent for bogus reviews? 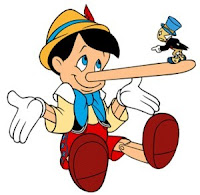 The Web 2.0 technology provides a platform (i.e. social media) for people to exchange user-generated content on the Internet. Over the years, I have heard that many small businesses benefit from the Word-of-Mouth (WOM) effect created on social media, and I also notice companies’ increasing attention about online reviews. If everyone plays a “fair” game, online reviews should be a good thing for everyone because companies will be striving to gain authentic positive online reviews by delivering quality products and exceptional services. What happens if somebody pays an agent for bogus reviews?

David Streitfeld suggests that companies like Amazon, Hilton, and TripAdvisor are making efforts to limit the fake reviews on their sites. I am glad to see what has been done, but I do not think that kind of “control” will be sufficient enough to stop the spread of fake reviews. We need to do more! I urge that those businesses that create fake reviews stop what they are doing and that customers need to post authentic reviews with their social media accounts. I have two seasons to support my suggestions:

First and foremost, faking will eventually hurt a business’ bottom line in the long term. Let’s say a crappy restaurant pays $5 dollar for every 5-star review created and accumulates 50 good reviews (at a cost of $250). New customers will probably eat in this place because of its “good” reviews. With a 5-star rating, however, customers will have a very high expectation. So, unless the restaurant can deliver 5-star food and service, customers will very likely feel disappointed with the place and stop coming again. Then what? They will probably “broadcast” their bad experience on social media because they are so disappointed. The crappy restaurant may then need to pay more cash to create more 5-star reviews to “balance” out the negative WOM effect. How much does this restaurant need to budget for fake reviews in the long term? I suggest the restaurant focus on delivering good service and food, and then encourage customers to post authentic reviews --- that’s the right long-term strategy.

Then, it is very important that customers post authentic comments with their social media accounts like Facebook, Twitter, and Google+. By doing so, they not only “magnify” the WOM effect in their social networks, but also allow other customers to easily distinguish their authentic reviews from the fake reviews --- I assume that many fake reviews are generated by anonymous users. Plus, companies like Amazon allow customers to rate the helpfulness of the online reviews --- those who write fake reviews with their real social media accounts will eventually “ruin” their own credibility. Would you agree?

What other solutions can prevent companies from hiring an agent to post fake 5-star reviews?

Relevant discussions:
How much can we trust those online reviews?
Who shall we trust in terms of hotel or restaurant reviews?
A new full time position: Someone monitoring online reviews and comments
Respond to online negative reviews
Seeking online feedback from customers: How proactive can it be?

References:
The picture was downloaded from iDownloadblog.com.

By Linchi Kwok October 07, 2020
Amazon recently introduced a  new biometric payment device , Amazon One, in two of its Go stores in Seattle. Shoppers can now enter and pay at cashier-free  Amazon Go  stores by scanning their palms. The company opened its first Amazon Go store in Seattle to the public in  January 2018 . Currently, Amazon operates  21 Go stores  in Chicago, New York, San Francisco, and Seattle, with five temporarily closed. Unlike a typical grocery store, Amazon Go offers grab-and-go, ready-to-eat snacks, breakfast, and lunch options for shoppers. Shopping at Amazon Go can be as easy as walking in and out of the store. After consumers download the Amazon Go app and link the account with a form of payment, they can: Walk into the store by scanning the Amazon Go app. Grab the items wanted. Walk out of the store. Be charged through the Amazon Go app. How Amazon One works Amazon One  works similarly to the Amazon Go app. To  sign up , shoppers will need a credit card, a mobile number, and of course, their
11 comments
Read more