A New Transparency: An Ugly Reality for HR (by Michael Villanueva)

By Unknown May 03, 2018
We have all seen the unfolding of an ugly reality amongst all industries: sexual harassment in the workplace. After a few people came forward about sexual assault allegations against Harvey Weinstein in 2017, a flourish of hundreds of other accounts has come into the limelight. Perhaps some of the most disturbing allegations are the most recent ones that were unveiled last week: Senate and Assembly leaders made public a dowry of documents that contained cases of sexual misconduct, now available to the public. Some may ask: “What is happening to our industries amid all the sexual misconduct cases, and where does HR play its role? Is HR even doing its part?” 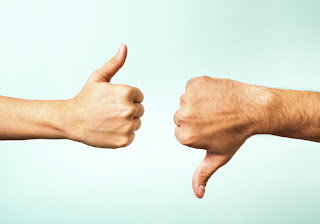 A specific document that was released exposed Senator Mendoza of making staffers uncomfortable with “flirtatious” texts and made inappropriate advances. A hostile work environment causes extreme turmoil, stress, and anxiety. How can people work in such an environment? They don’t. The message is clear and simple: HR needs to do more to keep the sexual misconduct at bay and take measures that abstain such a hostile work environment. It is a moral duty for employers to keep employees (staffers in this matter) safe and comfortable in the workplace. Senator Hertzberg is among one of the parties accused of sexual misconduct and stated: “… The integrity and timeliness of HR records are critical, and the fact that some records were written today and others were handwritten proves the point that the Legislature’s HR practices are problematic…"

Another account of sexual misconduct in the Senate is when an assemblyman cornered a staffer in the bathroom and began performing an indecent act in front of her. Disgustingly, this was not the first occurrence.

The issue is simple to see: whether allegations are true or not, Human Resources sectors in the workplace are simply not doing enough to keep our workforce safe. The amount of money spent on such issues, and alleviating them would be miniscule, compared to the amount of money it takes for absenteeism, low productivity, etc.

Instead of bringing these accounts of misconduct into the proverbial hot seat now, why isn’t HR taking immediate action when the misconduct primarily takes place? Simply put: a stagnant Human Resources sector is dangerous to our workplace, and problematic practices leave innocent employees out in the cold, to be preyed upon, and sends a clear message that sexual misconduct will not be met with swift consequences. This trend has occurred for many years now, and the evidence is apparent. With years of sexual harassment barely coming out with the #metoo movement starting in 2017, we have seen hundreds of accounts not met with any type of HR action. 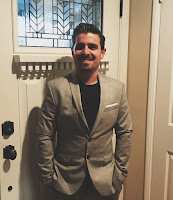 If we can’t take hold of the sexual misconduct gripping our workforce, how can we expect any work in Congress to get done? HR needs to take more affirmative action. How do we solve this crisis, and how can we improve HR practices to immediately take action on issues such as these?

About the author
Michael is a transfer student from Mount San Antonio College to Collins College. Michael spends most of his time as a full-time manager at an Italian eatery, whilst finishing up his last classes necessary to graduate in Spring. Summers are usually spent traveling abroad or across the country in hopes to learn more about culinary aesthetics.