By Unknown May 05, 2018
Imagine working at a company for over three years but never getting moved up to a higher position. Imagine putting a substantial amount of your time into the company, being dedicated, working hard, and trying to be the best employee within the company, but without recognition.

That must sound awful to current employees, especially when a company is trying to recruit top talents who want to grow with the company. Employers look for those quality employees and search for someone to represent their company in the best way possible.

Restaurants strive to make their guests feel comfortable and to make sure they are having fun while at their establishment. They focus on “carefully choosing the people who take care of you.” Meaning, restaurants would carefully select and offer jobs to the most qualified applicants in the pool, who they believe can take care of every guest in the most respectful, reliable, and friendly manner, making sure the guests are having “a good time, every time”. Do restaurants focus on hiring and recruiting internally or externally? Based on my experience, after working in a front-of-the-house position at a well-known restaurant in San Dimas, I have seen a substantial amount of external hires rather than internal.

While external and internal hiring and recruitment can both have its benefits, focusing on external hiring can cause issues for a company, such as higher employee turnover, unreliable employees, unsuccessful employees, extensive training along with its cost, and moral problems with an internal staff (e.g., feeling unappreciated and undervalued). That was exactly what I have seen in the past three years. 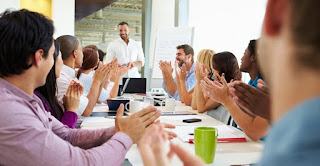 When a dedicated, hard-working employee experiences a plethora of external hires,  the question arises: “Am I worthy of getting a promotion? Is my hard work valued?” I have asked myself the same question multiple times in my second year with the company. I started off at the bottom, just like any new hires with no restaurant experience. My first position was a hostess. From there, an outstanding host would be promoted to an expo, then later a server. Since many positions have been cut in the restaurant industry, including the expos and bussers, however, the only position that a host can move up to is a server. After I became a host for two years, however, I did whatever I could to show the management that I was worthy of a promotion. I learned "To-Go" and memorized the menu, and later became a lead To-Go hostess. Yet, I was only informed that I would be moved up “soon,” but since then, I had seen many new external hires to fill in the vacancies but not from within the company. I felt undervalued, and that this promotion would never happen. In the end, I requested to transfer back to the previous store where I began working with the restaurant chain and got trained to be a server there.

Later, I transferred back to the store in the San Dimas location, but I only witnessed even more external hires for host and server positions. Many hosts and hostesses who are waiting for a promotion became very upset. They stated they felt unappreciated and questioned why the management would not move them up within the company. Moreover, there were many problems with lots of the new external hires --- shortly after they hired, they quitted, were fired, had altercations with guests along with fellow employees, or would just stop showing up to their shifts. The employee turnover rate has become very high within the restaurant mainly due to the unreliable external hires. Wouldn’t it make more sense to move up trusted internal employees who have invested in the company, have shown their loyalty, and have been working hard?

Internal hires should have many advantages over external hires because they know the company, know the customers, and retain the knowledge taught in training while applying it to work, which would cost the company less in training. Accordingly, I recommend companies with high turnover rates first consider promoting internal employees that are trusted before hiring new external applicants. Yes, it is important to get “new blood" and gain new perspectives, but external hires might not be as valuable as some may think. 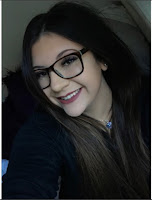 If you are a business owner, would you consider to hire an internal or an external candidate to fill in an important position? Would you spend money on training existing staff for his/her career development (for internal hires), or would you believe that an external hire was the way to go? How would you go about these decisions that will best suit your company?

Hayley Arcaro is the third year student at Cal Poly Pomona studying Hotel and Restaurant Management. She has three years of experience in the foodservice industry and just recently got hired at Kellogg West Conference and Events Center, located on the Cal Poly Pomona Campus, as a Front Desk Agent. During her spare time, she enjoys traveling to nearby cities, new tourist attractions, different states, and even different countries. She has traveled internationally to England, Scotland, France, Italy, and a few more locations in the Caribbean Islands.