Mergers and Acquisitions: The Gains and the Losses (by Bryant Chow)

By Unknown May 04, 2018
Over the past couple of years, major mergers and acquisitions have taken place in the hotel industry, predominantly the larger hotel groups acquiring smaller brands. What will be discussed here is the ramifications such action could or already have and its effects on both us as consumers and potential employees.

In the past twenty years or so, hundreds of acquisitions and mergers have occurred in every industry, not just the hotel sector. Whenever this occurs, the American idealist side of our minds always has this thought pop into our heads: “are we headed towards a monopolized industry?”. This train of thought stems from the American ideal of fair competition. As human beings, we are suspicious of any entity controlling too much of the industry and its products and forcing us to settle on unfavorable prices. As a society, we embrace competition and the innovation of better products and market that results from the need to one-up each other. That being said, should we be suspicious of all of these deals that are pushing the control of the hotel industry into the hands of a few? In this regard, I would say no. There is still plenty of competition despite major mergers (such as Starwood and Marriott) and even if this trend continued to the point of their being only a two group campaign, as long as the two group continue to try to beat the other and do not become complacent, we as consumers should be fine. In fact, many deals have occurred in which control of brands have changed, but we as consumers rarely notice the difference. 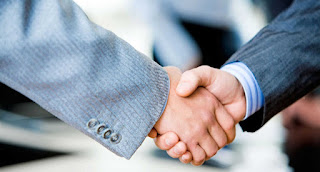 If the current level of competition holds, I foresee more benefits to consumers resulting from these mergers. When successful, powerful groups like Marriott or IHG take over a smaller brand they instill the professionalism and all around better service that is associated with their name. Also because of these mergers, it is forecasted that the groups will be able to consolidate resources and cut costs. It is estimated that Wyndham’s acquisition of La Quinta will result in profits increasing from $55 million to $70 million just from consolidating operating costs. This means lower prices or better deals offered to guests because companies are able to meet their bottom lines more easily. A final benefit from mergers is that the smaller brands now have the combined might of the larger group allowing them to improve their product and add new features that were originally unavailable but sorely wanted by guests. In terms of the product as a whole, I see mergers as an overall gain for consumers.

As potential or current employees, what are the possible ramifications of these types of deals? I see there is only one possible negative impact of these mergers and acquisitions: that the company taking over will try to change the culture of the brand or the brand itself and make it into something consumers no longer recognize. It is not uncommon for a change of management to result in changes in culture that could cause uncomfortable or unrecognizable work environments for employees with long tenures. Also, we have sometimes seen takeovers that try to change what the brand has represented for years and end up causing the brands downfall as loyal customers to longer recognize the brand they have always used.

Outside of this concern, I can only see benefits for employees. First, because these consolidations cut operating costs and better utilize resources, this means extra profits for expansion and growth for the industry. This leads more jobs and more benefits for each position that was not previously available for employees. Second, current employees who work in the smaller brands being acquired now have the more potential upward mobility into the larger groups upper management and executive positions. Finally, as a benefit for both current and potential employees, larger companies like Marriott provides better training, orientation, and socialization programs for the acquired brands that will improve job satisfaction. Overall I see mergers and acquisitions to be a benefit to all people involved.

When it comes to mergers and acquisitions, there are pros and cons, the hotel industry not being an exception. Based on the overwhelming benefits for companies, consumers, and employees, however, it is safe to say that these types of moves tend to be a positive gain for all parties involved. As long as the industry continues its positive growth it can be a safe bet to say that more mergers are in the foreseeable future.

What are your assessments to the recent mergers and acquisitions in the lodging industry? Are they doing more goods than harms to the stakeholders?

Bryant Chow is a junior Cal Poly Pomona's The Collins College of Hospitality Management. He transferred from Mount San Antonio College two quarters ago and hopes to graduate in the summer of 2019. His goal is to be employed at Disney in their event planning department but will be rather content on obtaining employment in any other capacity at Disney. Furthermore, he hopes to be accepted into the Disney College Program in the spring.