Have You Planned Your Summer Vacation Yet?

By Linchi Kwok May 09, 2010
In the last couple years, consumers might want to wait until the last minute to plan their vacations because they bet they could find a better deal when hotels and airlines had difficulty in filling up their empty rooms or seats. This may not be the case in the summer of 2010. The Wall Street Journal (May 6; by Scott McCartney) suggested travelers to arrange their summer vacations now because of the following reasons: 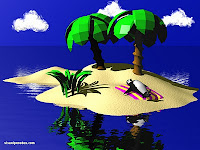 1. The economy has shown signs of recovery (probably not in the European market for a while). Several recent indexes, including retail sales, company expense, consumer confidence, unemployment rate, and even hotel occupancy rates, are moving upwards.
2. Airline capacity has been reduced during recession. Even without the merger of Continental and United, consumers may find less available seats in the summer.
3. Gas price continues to climb, which further challenge airlines to lower fares.

The good news (for consumers, yet bad news for hotel owners) is that consumers may still find good deals in hotels. While statistics from Bing Travel, Expedia.com, Travelocity.com, and other travel service websites show two-digit increase in airline price during the summer, there is no sign of higher hotel price at this point. If you have not arranged your summer travel, probably it is time.