By Linchi Kwok July 26, 2010
This is a true story about my mom’s two day adventure with United Airlines and U.S. Airways. She spent 40 hours on her trip from IAH (Houston) to SYR (Syracuse, NY) and met with three airport guest service team members in ORD (Chicago O’Hare Airport) and DCA (Ronald Reagan National Airport, Washington, DC). Two of them almost turned her into a homeless person in D.C. and had ruined the reputation of United, while Tamara Strickler (石天美), a U.S. Airways team member provided exceptional guest service and has won my mom’s and my hearts to U.S. Airways.

On Friday afternoon, my mom flew United from IAH to SYR by herself, with a connection in ORD. Due to a severe thunderstorm, the flight from ORD to SYR was postponed for 3 hours and then cancelled at 1:30am Saturday DST-Eastern. My mom does not speak or understand English. So, she asked a United Airlines’ team member to talk to me on the phone to arrange another trip for her the next day. I asked the team member to consider my mom’s proficiency in English and suggested her to arrange the earliest direct flight to SYR on Saturday. Then, I was informed in a very cold voice that “There are thousands of people stuck in the airport now. All seats are taken. I cannot do anything. I can send her to D.C. She makes a connection home in D.C. in a U.S. Airways flight. She will arrive at SYR at about 4:45pm tomorrow. There is nothing else I can do.” I further explained to her that it would be difficult for my mom to make the connection without any language assistance. She repeated to me: “That’s all I can do” and refused to offer any further assistance. 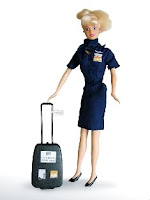 The next morning, my mom showed her tickets to an American family (not the United crew members). The family was very nice and took my mom to the gate where she caught the flight from ORD to DCA. She arrived at DCA safely. She waited for hours for her connection to SYR. When the boarding time came, she felt shocked that she was refused to board on the plane. To make things worse, she was directed to leave the airport. Can anyone imagine what would happen if a non-English speaker in his/her 60s was left alone on the street in D.C.?

My mom was indeed left the terminals as directed. However, she noticed that something went completely wrong even though she did not understand English at all. She then brought all flight tickets she had and showed them to the security-check crews again. Finally, she was allowed to re-enter the airport. At about 4:30pm, she finally met Ms. Tamara Strickler, who later saved her life.

After reading through my mom’s reservations and tickets, Tamara put her back to the system. Unfortunately, there were no more direct flights leaving from DCA for SYR of the day. She called me and first apologized for the troubles my mom has experienced. She acknowledged the mistakes by the airlines that leaving my mom out of the system. Afterwards, she offered me two options to help my mom: (1) she could connect in Philadelphia and go back to SYR in late evening, or (2) she could stay in an airport hotel Saturday night and take a direct flight from DCA to SYR Sunday morning.

Either option has risks --- she may get lost in Philadelphia airport again or on her way to the airport hotel in DCA. However, I preferred she stayed in a hotel because she would be too tired to travel after spending more than 24 hours in three airports (IAH, ORD, and DCA). Tamara understood my concerns and went an extra mile to take care of my mom. Tamara waited with my mom for the hotel shuttle and arranged my mom’s stay with the shuttle driver, who later help my mom check in the hotel according to Tamara’s request. The next day, my mom was arranged to meet with Tamara again in the airport. Tamara called me at 8:30am and informed me that my mom was safe in the airport, waiting for the direct flight home.

Three hour later, I met my mom at SYR Airport. Both my mom and I greatly appreciate Tamara Strickler and the people who assisted my mom during her journey home. Even though Tamara was the only U.S. Airways associate I ever talked to, I feel she speaks so much about the organization. As a result, I will very likely fly with U.S. Airways in the future. I will stay away from United. What a powerful influence an associate can make to a customer! If you run a hospitality company, would you like to hire staff like Ms. Tamara Strickler?

References:
Picture was downloaded from http://tinyurl.com/linchikwok07262010