Do You See the Big Picture? 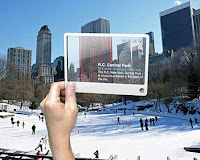 Levitt illustrated several vivid examples of how product or research orientation firms failed to sustain growth over time while some customer oriented companies survive in competition:
• “The railroads are in trouble today not because that need was filled by others (cars, trucks, airplanes, and even telephones) but because it was not filled by the railroads themselves. They let others take customers away from them because they assumed themselves to be in the railroad business rather than in the transportation business.”
• “Hollywood barely escaped being totally ravished by television. … It thought it was in the movie business when it was actually in the entertainment business.”

Levitt suggested business needs to begin with customer needs. Then, it moves backward where the industry develops ways to meet those needs. “The organization must learn to think of itself not as producing goods or services but as buying customers, as doing the things that will make people want to do business with it.”

In conclusion, “sustained growth depends on how broadly you define your business --- and how carefully you gauge your customers’ needs.” We know there is more than one factor that contributes to a company’s or an industry’s success, yet Levitt made a case that customer-oriented companies with a big vision win. For those who make critical decisions for an organization, it is important to ask: What do customers need? What is presented in the “big picture”?

If you have time, I suggest you to read Theodore Levitt’s article of Marketing Myopia. It is a marketing classic.