Hungry? What about a Salmon Doughnut or a Pork Burger?

By Linchi Kwok February 26, 2010
MSNBC featured a news article about a new menu item in China --- salmon doughnut. Once failed in the early 2000s, Dunkin’s Donuts now teams up with a Taiwanese franchise partner and re-opens several stores in Canton (Guangzhou), China. 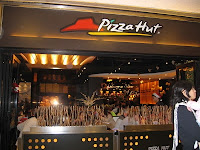 Compared to Dunkin’s Donuts, McDonald’s did something more than just bringing American food to China. From the very beginning, McDonald’s has attempted to “blend” the Chinese custom and culture into the “Americanized menu.” The restaurant even tried rice burger. Some “renovated” items remain to serve the Chinese market. Today, consumers can order pork burger at a McDonald’s Hong Kong location because many Chinese consume pork and chicken more often than beef (you may check out McDonald’s menu at its HK homepage http://www.mcdonalds.com.hk/english/). Another great example is Pizza Hut Hong Kong (http://www.pizzahut.com.hk/en/home.html). In addition to the “Asianized menu items,” there is actually a host in Pizza Hut. The atmosphere is quite different from the ones in the U.S. With their localized attempts, both of these American chains have been doing excellent business in China.

I am not sure how good a salmon doughnut tastes, but I know Chinese are welcome to new ideas and are willing to try something new from time to time. I hope this “localized” Duncan’s Donut will succeed in China. “Think globally, act locally” can probably best describe this case. What are your opinions?