Revenue Management: Are Your Guests and Staff Educated?

By Linchi Kwok February 01, 2010
The January issue of Cornell Hospitality Report discusses the relationships between guests’ familiarity of a hotel’s revenue management practice and guests’ perceived fairness of differential room rates. Taylor and Kimes (2009) collected 815 scenario-based questionnaires in the fall of 2008 and reported the following: 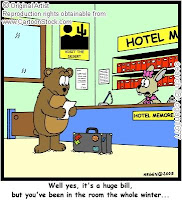 In addition, frequency of hotel stays is positively relative to perceived fairness and negatively relative to perceived unfairness --- in this case, is “higher frequency” correlated with “more familiar”? There is no statistical difference between perceived fairness or perceived unfairness in terms of brand class (e.g. five-star vs. three-star). In the end, they presented a regression model of return intentions:

Based on these research findings, they made the following suggestions to hoteliers:

1. Reveal rate availability and conditions on hotel website, third-party reservation websites, and through the reservation office.
2. Clearly state the conditions associated with promotion rates.
3. Train reservation associates and front office agents on how to respond to the inquiries of differential rates.

Hospitality professionals may need to learn from the airline industry. We all know it is very likely that the person who sits next to us on the same plane pays a different price, but does it bother us much if somebody pays less than we do when we travel?