Twitter: An Effective Way to Communicate between Restaurants and Customers

By Linchi Kwok September 27, 2010
In June 2010, we discussed how a complaint about a hotel stay may get more attention and better results if it is communicated through social media. Today, we are going to visit the power of Twitter in solving guest complaints or customer issues in the restaurant settings. Here is an example: 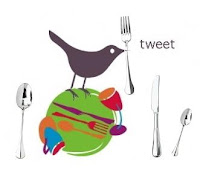 A guest checked in at Wow Bao, an upscale fast food restaurant in Chicago. He saw some negative reviews of the place and tweeted: “Going to ‘business dinner (at) Wow Bao. Can any1 tell me if its going to suck as much reviews suggests.” Soon, he received an almost immediate response from the restaurant --- two $15 gift cards via an iPhone app, encouraging him to try it out by himself. The next night, this guest ate at Wow Bao and posted pictures of the food on Twitter.
According to Wow Bao’s Twitter commitment: “If somebody has 1,000 followers and writes a negative Tweet about Wow Bao, then 1,000 people could think the restaurant is bad. But if Wow Bao publicly responds to that Tweet, 1,000 people may see the issue is being handled.” That’s true, why some people or companies still refuse to use Facebook or Twitter? No matter if these people like it or not, they are going to be discussed by somebody somewhere in social media.

The good news is many restaurants are now paying more attention to customer communications through social media. Some restaurant chains like Chipotle and Pei Wei even hire full-time social media employees to maintain an active communications between the company and customers. Wow Bao uses BaoMouth to feed Twitter comments. What tools does your company use to manage customers’ comments on social media?